The Dragons Path (The Dagger and the Coin, Book 1)


Back in Camnipol, Geder takes his father's advice and leaves the politicking of the capital to go on a sabbatical in the far east. He journeys to a remote region of the world known as the Keshet, where he discovers an ancient priesthood of a spider goddess. The spider priests have the supernatural ability to tell truth from lies. Their leader, a man named Basrahip, agrees to return to Camnipol with Geder and help him bring the goddess back to the world. Geder uses the priest's ability to help Dawson and his wife Clara expose their enemies at court.

Dawson's preeminent rival is put to death for treason, and the king names Geder Lord Protector of his son, the prince and heir to the Antean Throne, Aster. In Porte Oliva, Cithrin's deception is discovered and Paerin Clarke, an emissary from the Medean Holding Company, comes down to investigate her illegal branch.

Paerin listens to Cithrin's explanation and realizes she has done a decent job holding together profitable bank branch. He agrees to let her stay on as the nominal Magistra of the Porte Oliva bank, but he installs notary to oversee all of her decisions.

Best part of story, including ending: The story moves a little slowly and spends more time focusing on the fine points of medieval banking than it needs to. Geder's story is much more engaging, but it's crippled by the overbearing presence of Cithrin and Marcus' narrative. 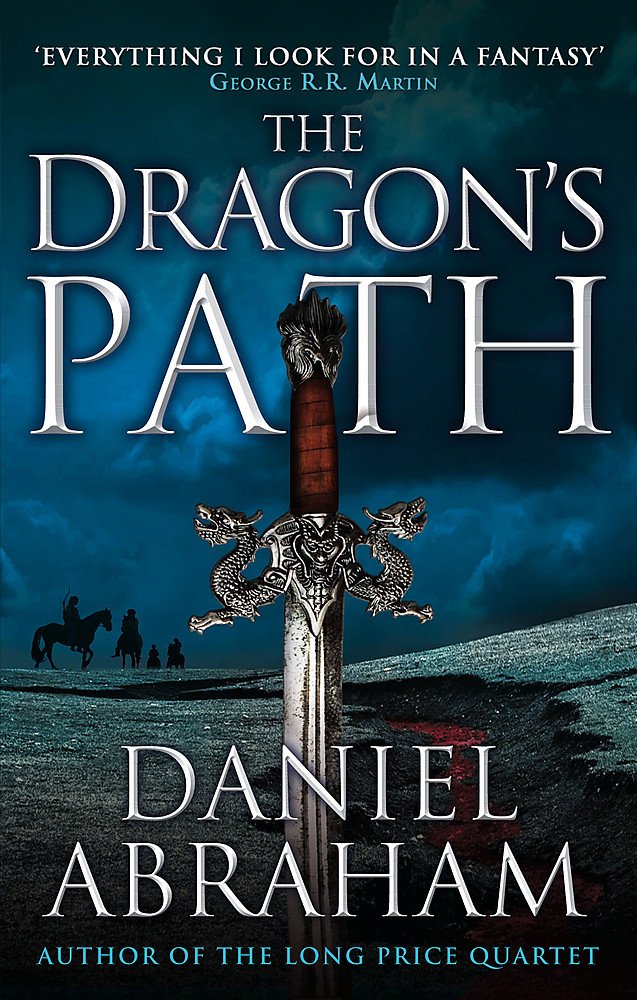 Best scene in story: Geder uses Basrahip's truth sense to expose Dawson's primary rival at court. That rival is taken before the Antean king and executed. Opinion about the main character: Geder is a fascinating anti-hero.

He is the butcher of Vanai, and in many ways a thin-skinned coward, yet we still root for him to succeed. Click on a plot link to find similar books! How much dialogue?


Gilleland, Jr. The northern kingdom of Antea is a nation made up of only Firstbloods, the most human-like of the thirteen races.

‎The Dragon's Path: The Dagger and the Coin, Book 1 (Unabridged) on Apple Books

In an effort to expand its wealth and influence, Antea plots the conquest of Vanai, a Free City in the south, where the races mix more openly. With Vanai threatened by invasion, the Vanaian bank attempts to move its treasury before the Antean army arrives. We follow these events through the viewpoints of four primary characters, as they struggle to survive in a brutal world driven by money and power. Cithrin Bel Sarcour : Cithrin is a seventeen year old Firstblood, who is half Cinnae and was raised as a ward of the Medean bank in Vanai.


Unprepared for life on the road, Cithrin is forced to grow from a shy, sheltered child into a resourceful young woman. Using her flair for banking, Cithrin attempts to establish a bank at Porte Olivia, making some questionable choices along the way. Cithrin is not above using sex to get what she wants, as she manipulates her way into a position of economic power. Hers is a familiar coming of age story, but given an original spin by grounding the drama in the world of banking and money.

The Dragon's Path (Dagger and the Coin Series #1)

Marcus Wester : Marcus is a veteran soldier still mourning the loss of his wife and daughter. The once famed mercenary is now a guard for hire, commissioned to protect the caravan that is sheltering Cithrin, as it travels across the country. However, Abraham presents Marcus as a principled man with a dry sense of humor, which helps keep the reader invested in the character.

Geder Palliako : Geder is a low ranking nobleman serving in the Antean army sent to invade the city of Vanai. An incompetent and bookish man whose foremost interest is the knowledge found in speculative essays, Geder is often ridiculed for his scholarly pursuits by the other soldiers. The humiliation that Geder is forced to endure has serious consequence further down the road, in what becomes the most unexpected character arc in the story.